On World Mosquito Day, iKure shares 5 important facts to curb the outspread of the menace.

1. This day is observed every year on the August 20th , to commemorate the discovery of the female Anopheles mosquito as the notorious vector for the transmission of Malaria,through the Plasmodium parasite, by the British Scientist Sir Ronald Ross…as back as in 1897. This feat was possible by this great scientist in the premises of the current SSKM Hospital in Kolkata, India.The day is celebrated every year at the Mosquito Center in ‘London School of Hygiene and Tropical Medicine’, amidst wide fanfare of students,researchers and young scientists in honour of the pioneer scientist who discovered the fact.

2. Mosquitoes are of different species….and the dreaded ones are the Anopheles,AedesAegyptiand Culex variants….and they are regarded as creatures of International menace! 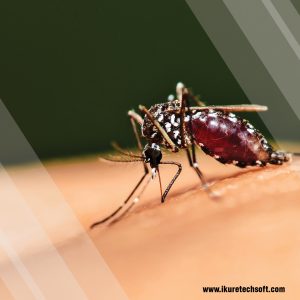 3. There are different types of Malaria depending on the specie of the plasmodium parasite…the most fatal one being Falciform Malaria,(Malignant Malaria…being a dreaded complication).If treated properly and in time, many of the Malaria deaths can indeed be averted. It still remains a preventable disease targeted only by mosquito control measures….in the immediate environment of the community.

4. Dengue/ Dengue Fever is, as of recent another dreaded disease, with not much treatment resource being available for the condition and the mortality has been escalating in the past decade or so.It is caused by the Dengue Virus which is transmitted by the AedesAegypti mosquito as vector, and the high morbidity and mortality could be ascribed to the complications developing due to this infection in humans. DHF (Dengue Haemmorhagic Fever) / DSS (Dengue Shock Syndrome) are the two usual complications of this illness and the latter being quite serious, unless hospitalized management begins soon and in a deft manneras per standardized and universal management protocol of the condition!Other mosquito borne illnesses are Japanese B Encephalitis/Filariasis/Chikunguniya/Zika/Yellow Fever etc. which have different degrees of morbidity profile, depending on host resistance/immunity and the treatment available to the affected population.

5. India and the African continent and elsewhere have been affected by such diseases for many generations now and the mosquito control by all conceivable measures still remains a big challenge, which the governments are trying to grapple with!